THE BEST WAY TO ENSURE FAIRNESS IN YOUR WORKPLACE

IS TO JOIN A STRONG, DEMOCRATIC UNION.

In June 2017, employees of the IHSA joined the OCEU – recognizing we are stronger together.  It is for the same reasons that OCEU is once again looking to grow our union. WSPS employees are members of the same pension plan as IHSA and WSIB employees. OCEU members are involved in the administration, governance and protection of our joint pension plan. OCEU is supported by CUPE, Canada’s largest Union.

WSPS employees benefit from OCEU’s advocacy campaigns such as anti-privatization and universal coverage under the WSIA. Like IHSA, WSPS is resourced by the funds generated by the WSIB.

Bringing us all up:

With WSPS employees as members of OCEU, we can protect and improve our collective agreements. A larger union increases our bargaining power and elevates working conditions for all of us.

We need your help to make this campaign a success. Here are 3 ways you can contribute:

Speak with your WSPS co-workers. Connect us with them! We will meet one-on-one to chat about the benefits of joining OCEU.

Spread the word. Get in touch with us for campaign materials and conversation-starters.

We’re all better off when we work together towards our shared goals; there is strength in numbers. 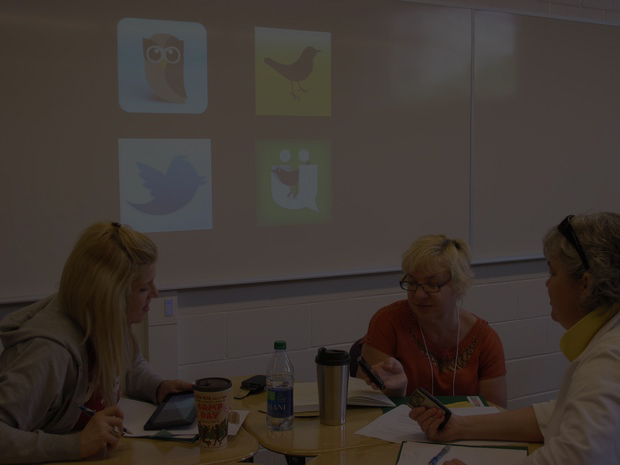 Why Join OCEU part of CUPE?

The best way to ensure fairness in your workplace is to join a strong, democratic union.
The Canadian Union of Public Employees (CUPE) is Canada’s largest union with more than 700,000 members.
Why join CUPE via OCEU?

OCEU/CUPE Local 1750 represents more than 3,500 employees of the WSIB and IHSA. We have an excellent track record of defending the rights of Health & Safety Association employees.

OCEU/CUPE Local 1750 provides representation in meetings with management, and a real say in our terms and conditions of employment by bargaining a collective agreement. The union also has a say in the administration of our pension plan – the same pension plan WSPS employees contribute to!

We run effective campaigns to strengthen public services and increase investments in the work we do, such as our campaign for expanded WSIB coverage.

Protection against arbitrary and unreasonable management actions such as terminations. Discharge and discipline for just cause only. A grievance procedure and access to arbitration to enforce your rights.

As members of a union, you will bargain a legally binding collective agreement that contains terms and conditions of employment. Your collective agreement ensures predictability, equal treatment for all, and a clear process for accountability along with dispute resolution if the agreement is violated.

In CUPE, the members are in charge. Local unions in CUPE such as the OCEU have democratic control over their activities. Members of the local union decide, at regular membership meetings, on issues that are important to the local and the membership.

The local union itself is run by elected members of the local union. Each CUPE local decides its priorities for bargaining, when to settle a new contract, and how to manage funds. CUPE’s strength comes from individual members working toward common goals, like improving wages and benefits, improving health and safety conditions, and improving your overall workplace environment.

We get health and safety. CUPE created the April 28 National Day of Mourning for Workers Killed or Injured on the Job. Spread the word.
A minimum of 40% of your co-workers must sign CUPE membership cards for CUPE to file an application for certification with the Ontario Labour Relations Board. Vote YES.
5 business days following the application for certification, a secret ballot vote will be held. Labour Board Officers holds the vote and ensures there is no interference by the employer to intimidate or influence the vote. The voting process is confidential and is like Provincial and Federal elections. If the majority (50%+1) of workers who cast ballots vote to unionize, the union is certified.

Notice to bargain.
The union will serve notice to your Employer to bargain your first collective agreement.

Employers can express personal views so long as the employer does not use coercion, intimidation, threats, promises or undue influence.

Ask whether someone’s joined or is thinking of joining a union;

Ask about union meetings or activities;

Call someone into the office to talk about the union, unless that person asks for a meeting;

Discipline a union supporter for doing something employees who don’t support the union also do but get away with;

Visit employees in their homes to talk about the union;

Promise wage increases or other benefits if employees reject the union or say they might lose benefits if they support the union;

Tell you the organization will shut down or lay people off if employees join a union;

Help or encourage employees who are opposed to a union. The Ontario Labour Relations Act protects every employees’ right to join a trade union of their choice and participate in its lawful activities (s. 5).

Can I talk about our union campaign with my co-workers?

Can management interfere in our union campaign?

The Ontario Labour Relations Act prohibits employer interference in the formation of a union. Section 70 states “No employer or employers’ organization and no person acting on behalf of an employer or an employers’ organization shall participate in or interfere with the formation, selection or administration of a trade union or the representation of employees by a trade union”.

No employer or person acting on behalf of an employer:

Shall refuse to employ or to continue to employ a person, or discriminate against a person in regard to employment or any term or condition of employment because the person was or is a member of a trade union (s. 72a);

Shall seek by threat of dismissal, or by any other kind of threat, or by the imposition of a pecuniary or other penalty, or by any other means to compel an employee to become or refrain from becoming or to continue to be or to cease to be a member or officer or representative of a trade union (s. 72c);

Employers can express personal views so long as the employer does not use coercion, intimidation, threats, promises or undue influence. Union dues are the way workers who have decided to form a union pool their resources to enable the work of the union. Union dues fund the cost of bargaining, the cost of enforcing the collective agreement, and the cost of campaigns union members instruct their union to conduct. All members of the union benefit from the wages and benefits negotiated in their collective agreement, the professional representation provided by the union, and other benefits of membership. These activities are funded by the payment of union dues.

Union dues are tax deductible. We believe that a percentage solution is the most fair and equitable.

Of the 1.5%, 0.85% are CUPE National Dues. With these funds, CUPE maintains a National Strike Fund and National Defence Fund to ensure CUPE members have the resources to defend their jobs and wages. National dues also fund our National staff representatives and specialists.

0.65% of dues remain with OCEU, and funds expenses such as: paid union leave for executive members, and other union members conducting union business; legal expenses for arbitration, mediation and consultations; advocacy campaigns; union office space and office staff; and other expenses such as conferences, conventions and education seminars.