Other ways of living and loving are possible”: CUPE Ontario statement on fighting anti-Black racism

In this difficult moment when the worst of white supremacy is as clear as ever, CUPE Ontario shares in the collective grief and rage felt across Black communities. Today, we recommit to addressing anti-Black racism and white supremacy in all its forms, both inside and outside of the labour movement.

When it comes to fostering environments that are safe for everyone, we’ve failed. Amy Cooper, a Canadian living in New York City, knew she was risking a life when she utilized assumptions of white innocence and Black criminality to potentially life-threatening ends.

And when it comes to dealing with a global health and economic crisis as if we’re truly all in this together, we’ve failed again. In the United States, and anecdotally in our province, enforcement of physical distancing regulations disproportionately targets racialized communities, specifically Black people, making a difficult time for everyone all the more challenging for some.

The way forward isn’t always clear – and certainly isn’t without challenges. The roots of white supremacy and anti-Black racism are deeply embedded in the foundations of nearly every aspect of our institutions and in our web of personal relationships.

But Black communities are forging a way forward through collective action. We’ve seen its power when Black communities in Ontario and across Canada organized around the police murders of Andrew Loku, Jermaine Carby, and many others whose lives were cut short due to police and state violence. We’re seeing it in the uprisings currently dotting the United States. And we saw it when thousands marched through the streets of downtown Toronto demanding answers and justice for Regis.

As the uprising in Minneapolis unfolds, as the family and community members of Regis continue to raise their voices, and as Black communities across this province tell their stories of how their lives are impacted, we can see that other ways of living and loving are possible. 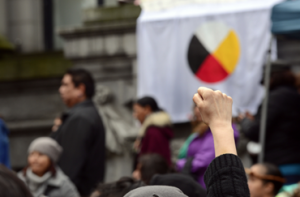 Donate to support Justice for Regis

At this moment, and always, CUPE Ontario commits to being a part of this necessary transformation. 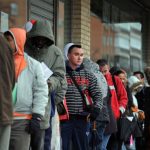